A speaker, leadership coach, trainer, and author specializing in building leaders and creating teams of teams that take ownership and responsibility for their success. 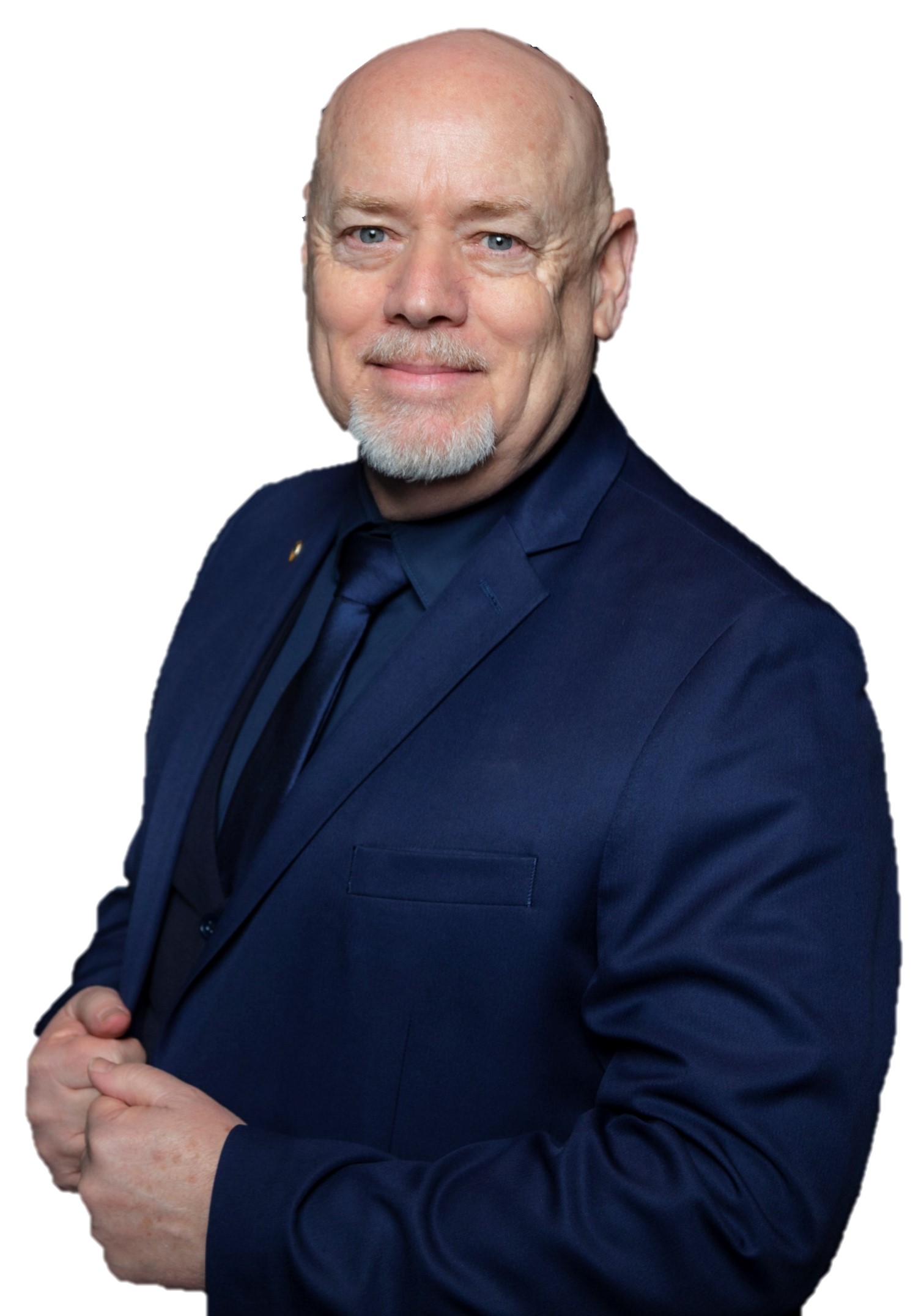 My core philosophy is that leadership is not an individual sport but a team sport. I don’t believe in leaders ‘taking action’ or ‘directing actions’ from the sidelines. Instead, I think the leader’s success multiplies when they ‘step into action’ and place themselves on the field of battle with their team. I used this approach to serve thousands of key leaders and organizations in the military, and it is the foundation of my corporate training programs.

Before running my own coaching company, I had over 40 years of leadership and team-building experience with the US Military and foreign military organizations worldwide. I found that my unique experiences in creating and designing training, building teams, and challenging leaders are in demand by business leaders, corporations, and entrepreneurs as they work to accelerate their business and personal growth.

As I transitioned from the military and the corporate world of government contracts, I found that many businesses and organizations are run by passionate and capable leaders. But unfortunately, I also found that these organizations lacked followers with the leader’s passion, drive, and sense of ownership in the company. It breaks my heart to see leaders and companies fail because leaders cannot empower their teams to become the dream teams they desire. Too often, this results in employees doing minimum work and demanding maximum wages while the company produces mediocre results and products.

This is why I started MT2Leadership Executive Coaching services. I strive to help senior leaders develop an awareness of their organizations and diverse employees and staff while understanding how they fit together to create a world-class organization. As a result, I've become your one-stop shop to accelerate your leadership growth and help create passionate and dynamic teams that grow your company’s profits.

You can sign up for my email list and receive my free 30-Days of Leadership and Positive Thoughts emails. I use my list to keep everyone informed about future events and opportunities to work with me. 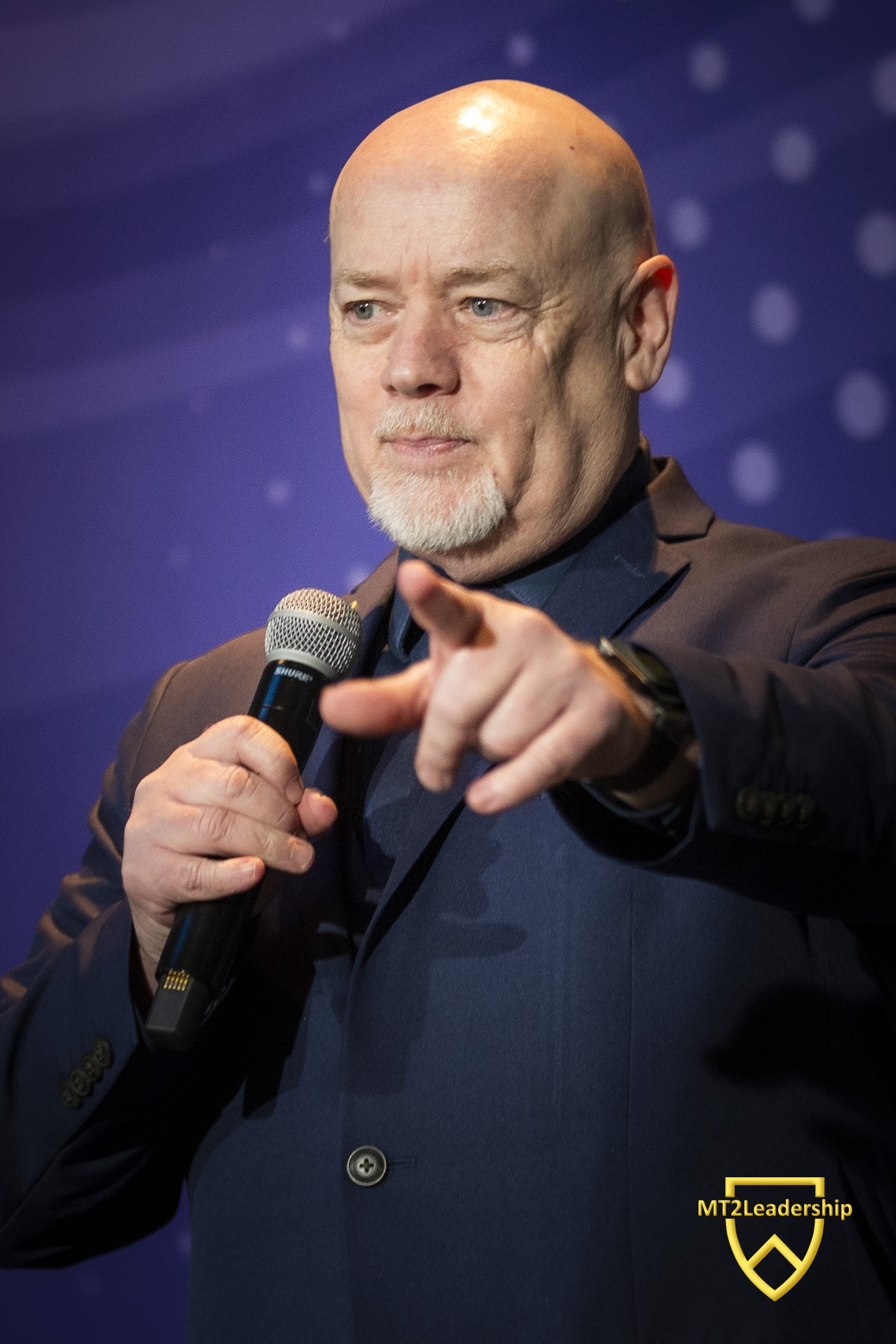 I believe that the leader’s DNA creates a company’s culture. When I start working with leaders and organizations, they want to know if they can know, like, and trust me. Trust is essential because when we work together, we dig deep and I ask hard questions that most leaders will not ask themselves. Understanding who I am, why I am a coach, and why I use the methods that I do, builds confidence in leaders and trust in the coaching process. Below is a video series on the DNA of MT2Leadership’s culture. 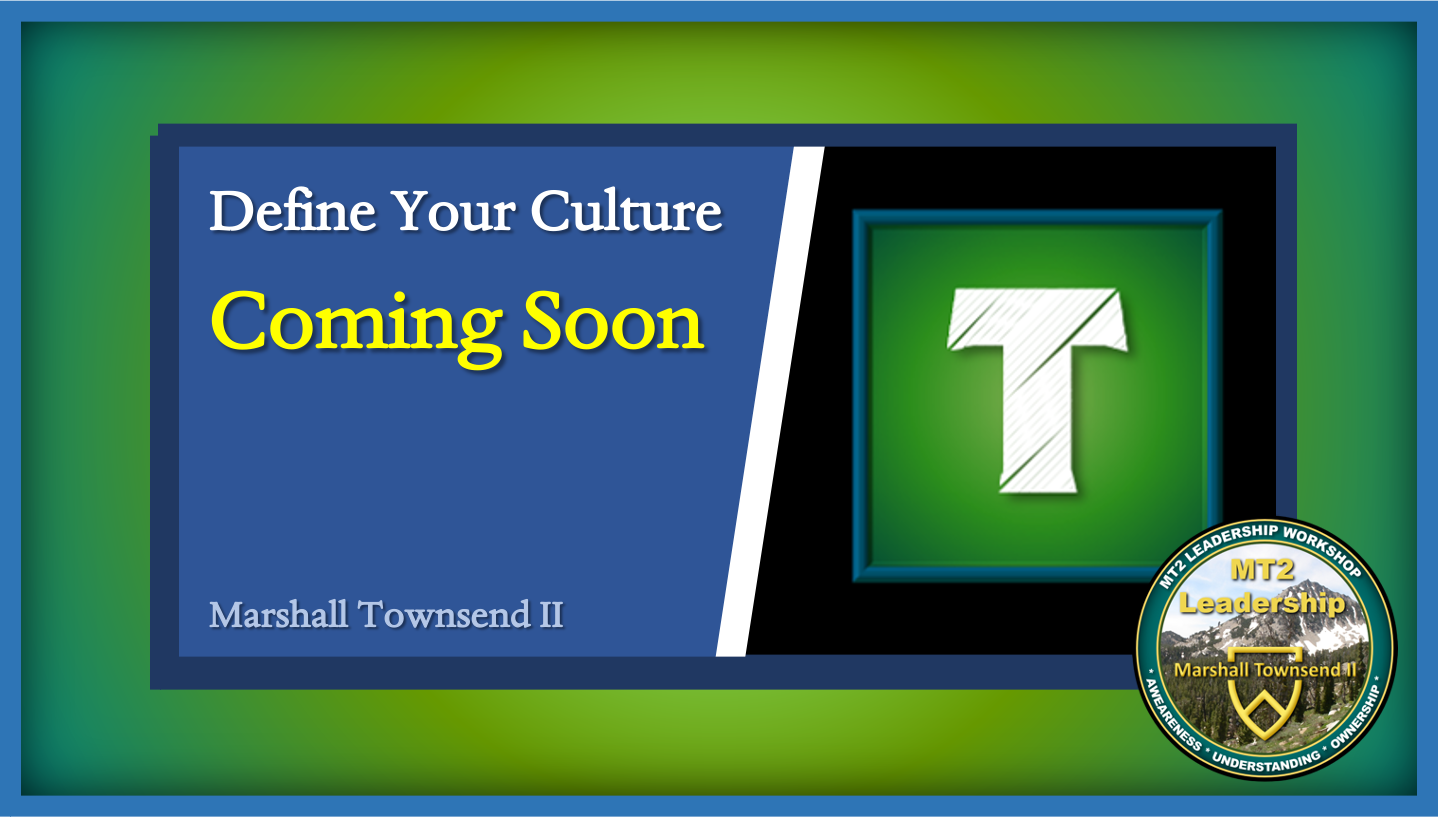 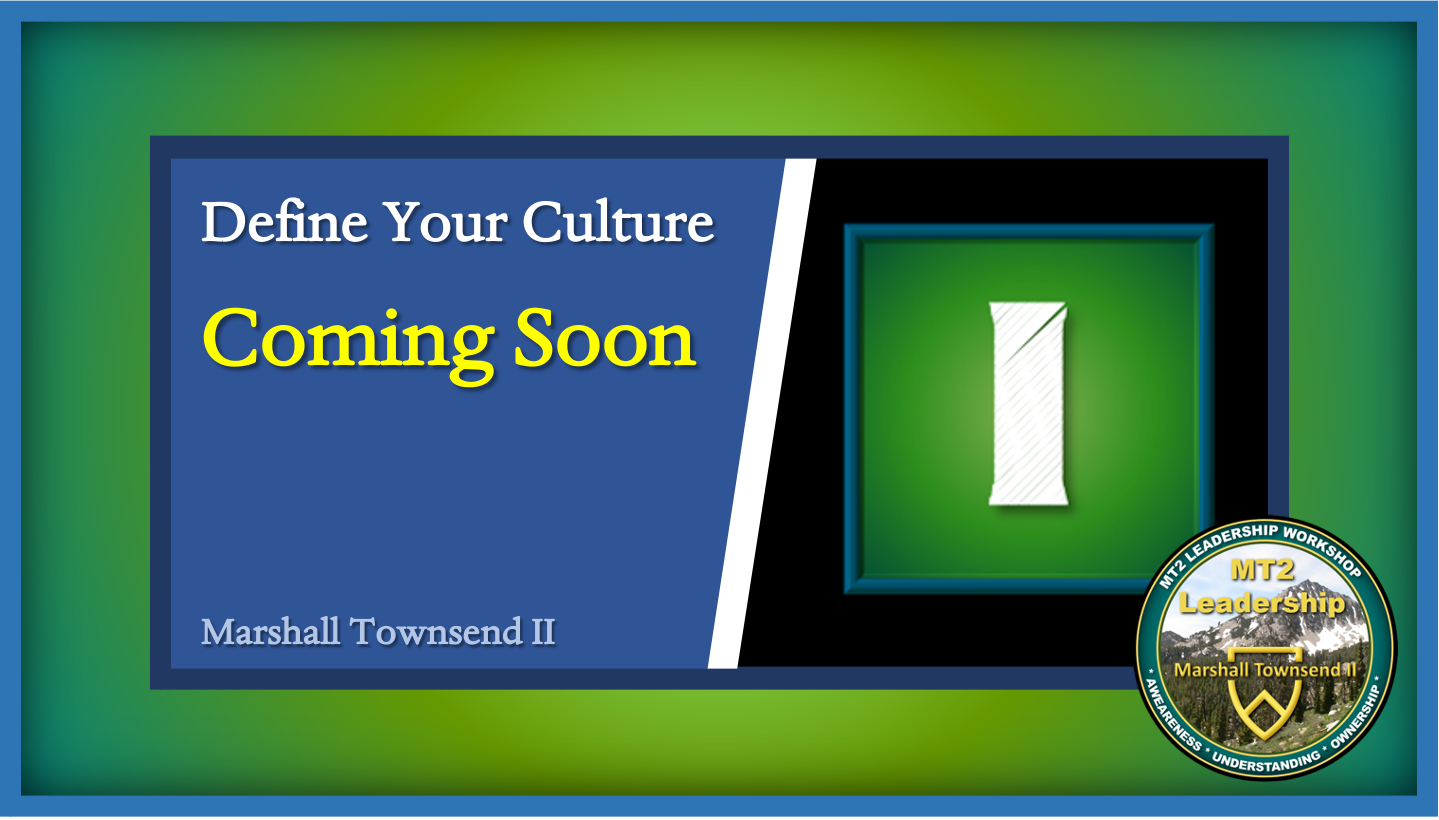 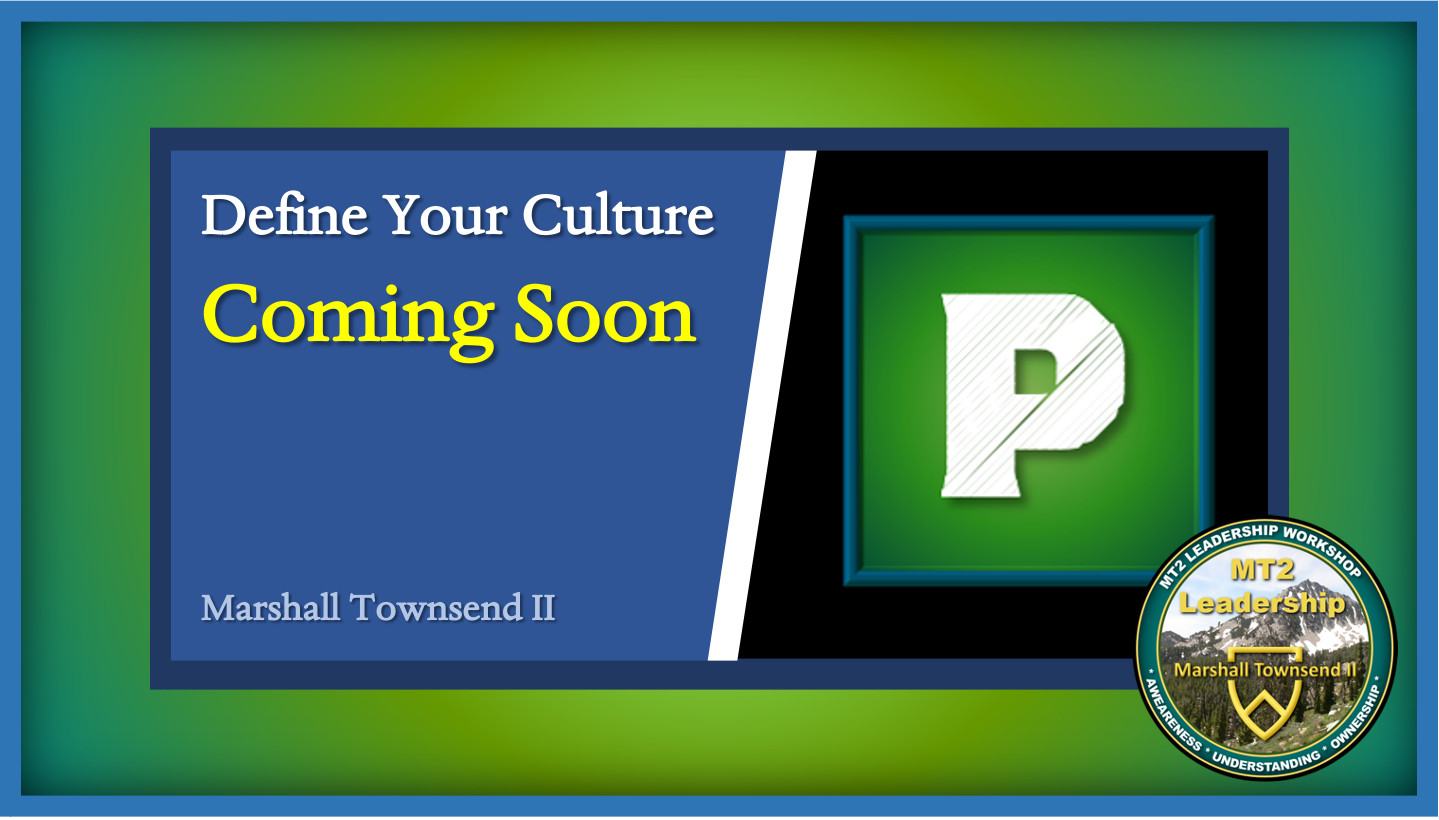 If you are new to following me, here are some places to start.

Tune in to hear my latest insights on leadership.

The Owning Leadership Podcast is produced every other week.

Follow along with the Growing Leadership Audio Blog. The Blog highlights my thoughts and ideas on leadership, growth, and taking ownership of your business and life. 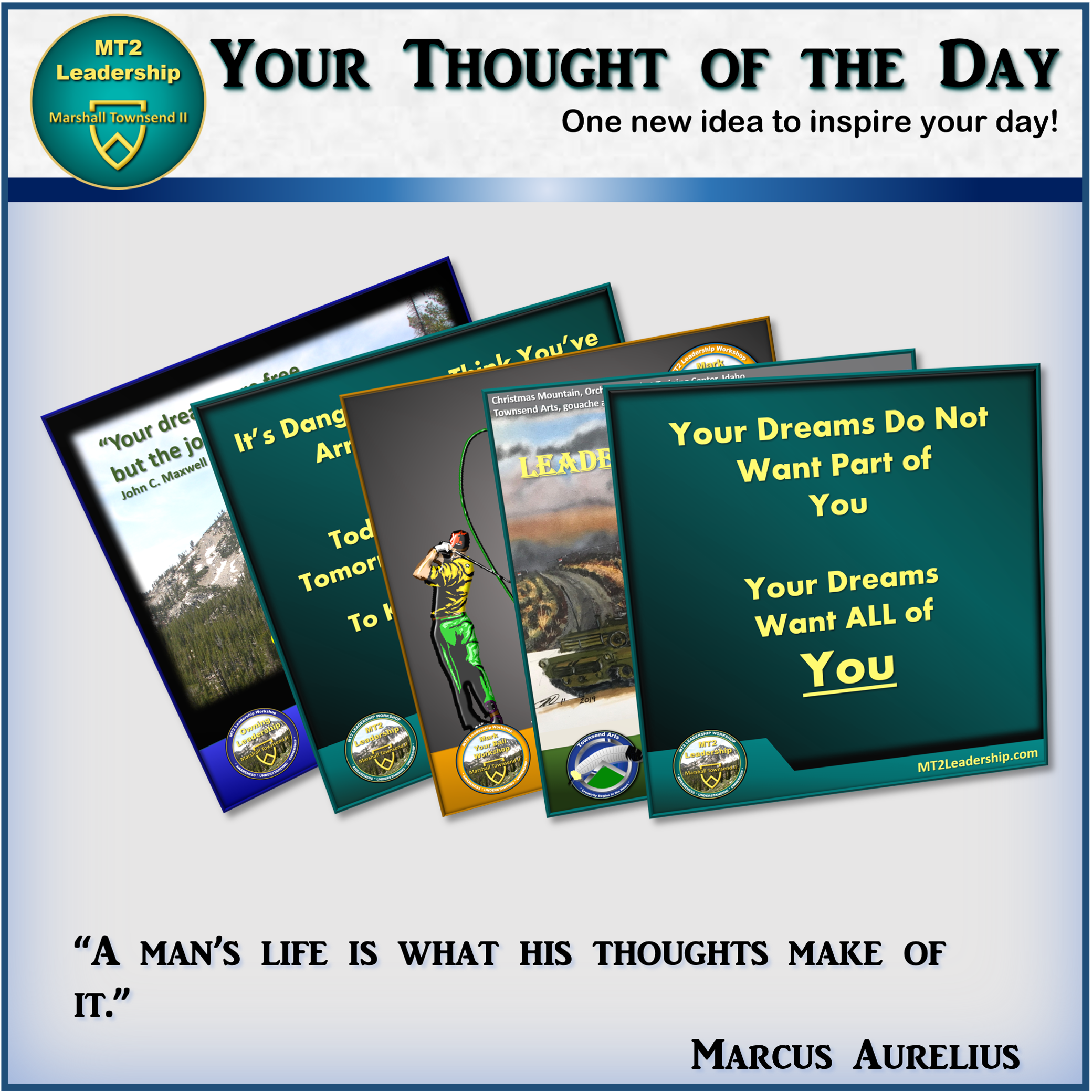 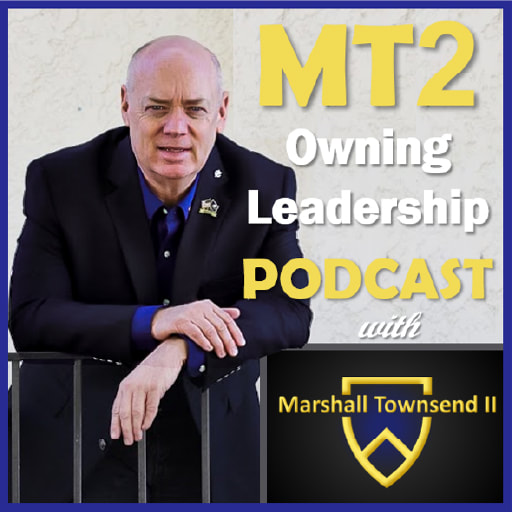 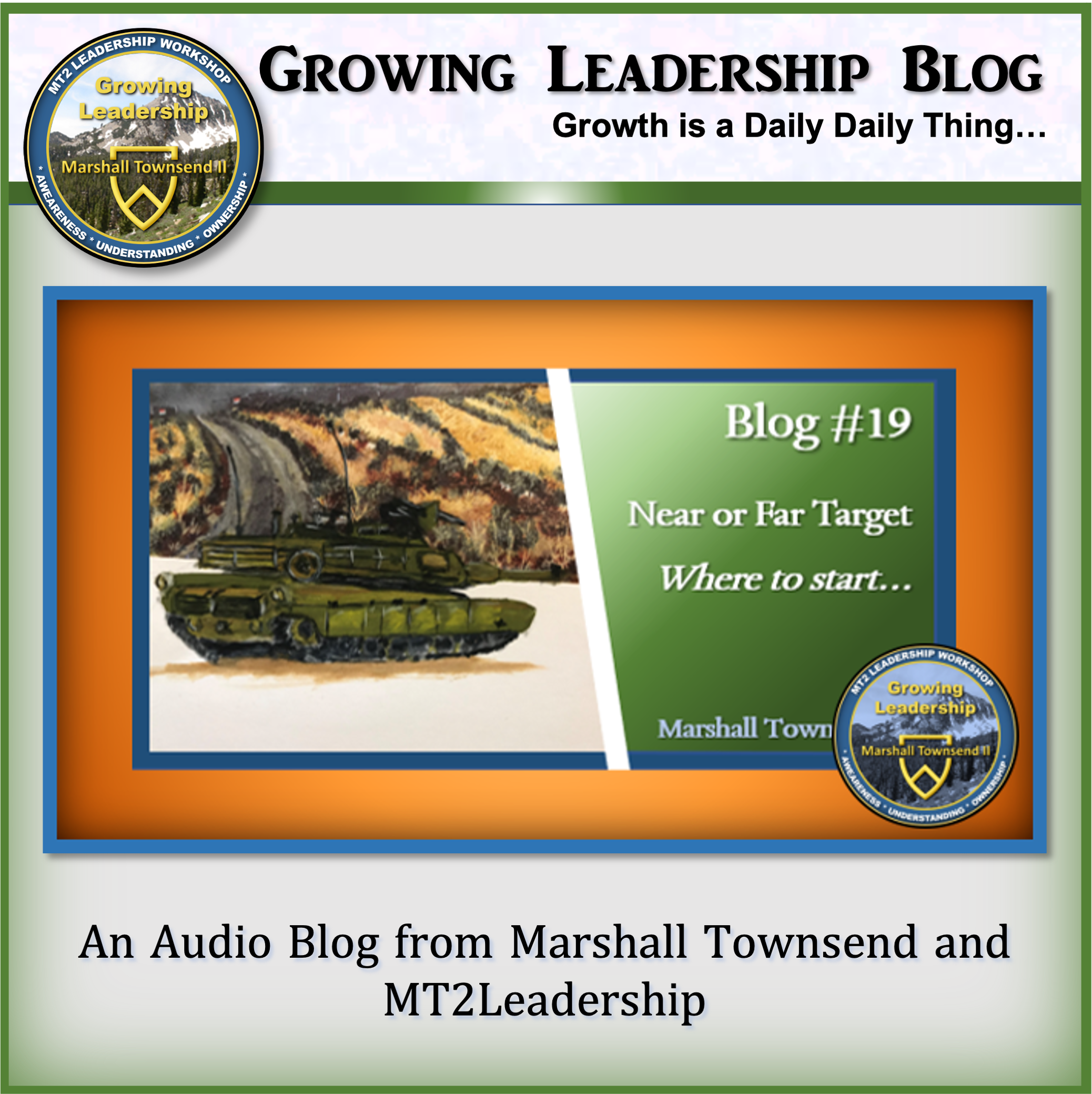 Something You Don't Know About Me

Here are some items that some, but not everyone, knows about me.

2. I am a self-taught artist, and I like to paint with an airbrush and watercolors and have been selling my prints for over 25 years.

3. I love flyfishing and was honored when selected as one of the flyfishing instructors for the 100 Anniversary Boy Scout National Jamboree in 2010.

4. I met and briefed the Vice-President of the United States, George Bush, in 1986. I did a hands-on demo on three-dimensional wargaming inside an M1 tank simulator. The 10-minute brief turned into a 45-minute event where we drove around in the 3D world, shooting and blowing up vehicles. (Yes, the first generation ‘Call-of-Duty-like’ simulator developed by DARPA in 1985.)

5. I am the owner and inventor of the Patented Golfer’s Footprint Swing Trainer. Seen on the driving rangers of the Masters, British Open, US Open, and many other tournaments. Used by Golf instructors worldwide to teach ball control.

6. I am a sword fighter. I competed on the Calif State University Sacramento (CSUS) Fencing Team and then picked up heavy weapons combat. I was Knighted in 1978 for my skills in sword and shield, polearms, and two-handed swords. I fought in full-speed, full-contact single combat events throughout the US and Europe. Fought and led units in full-contact medieval field battles with up to 3000 fighters on the field. (And lived to tell)

That is just the highlights. If you want to learn more, set up a 1/1 meeting with me… 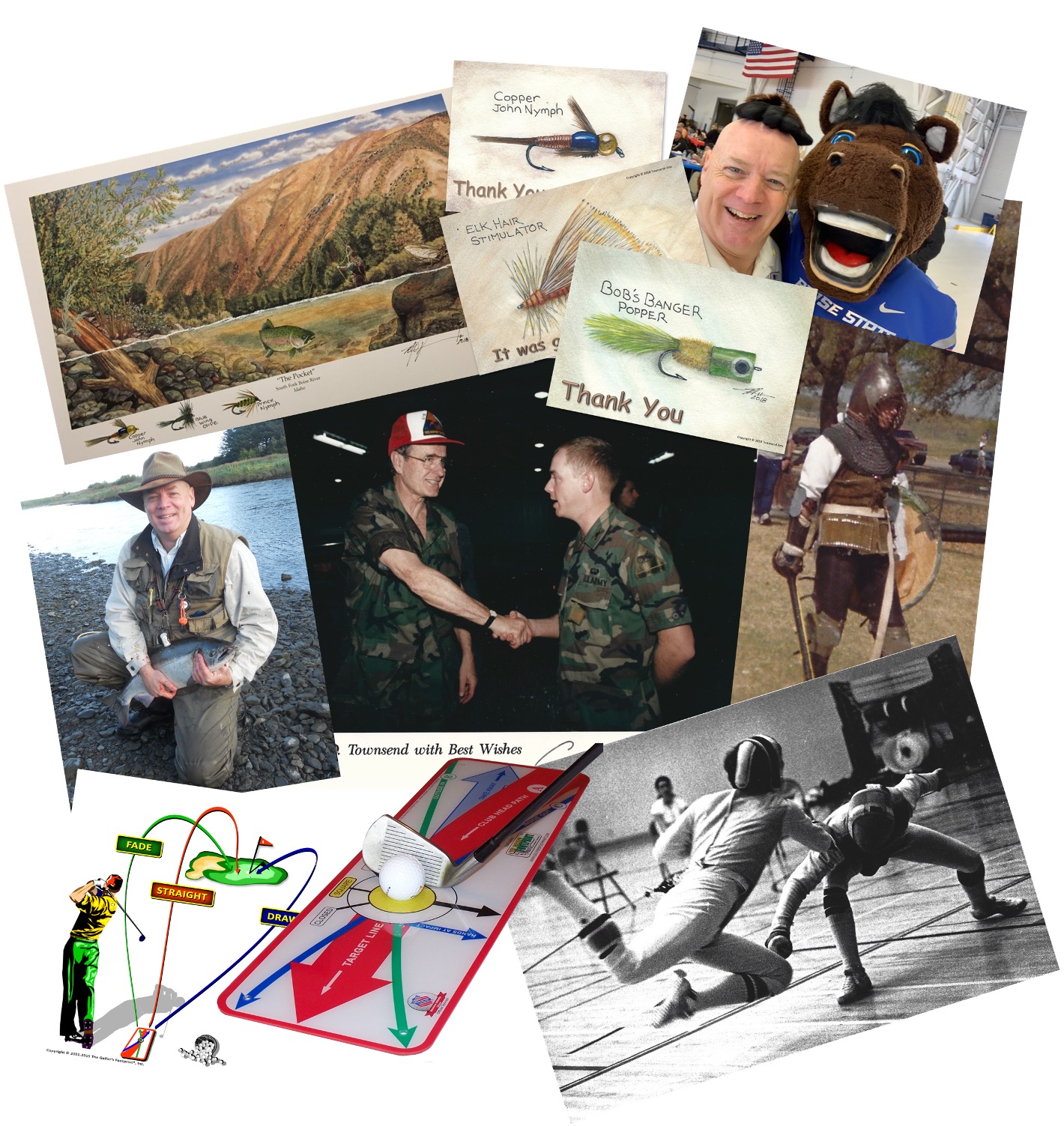 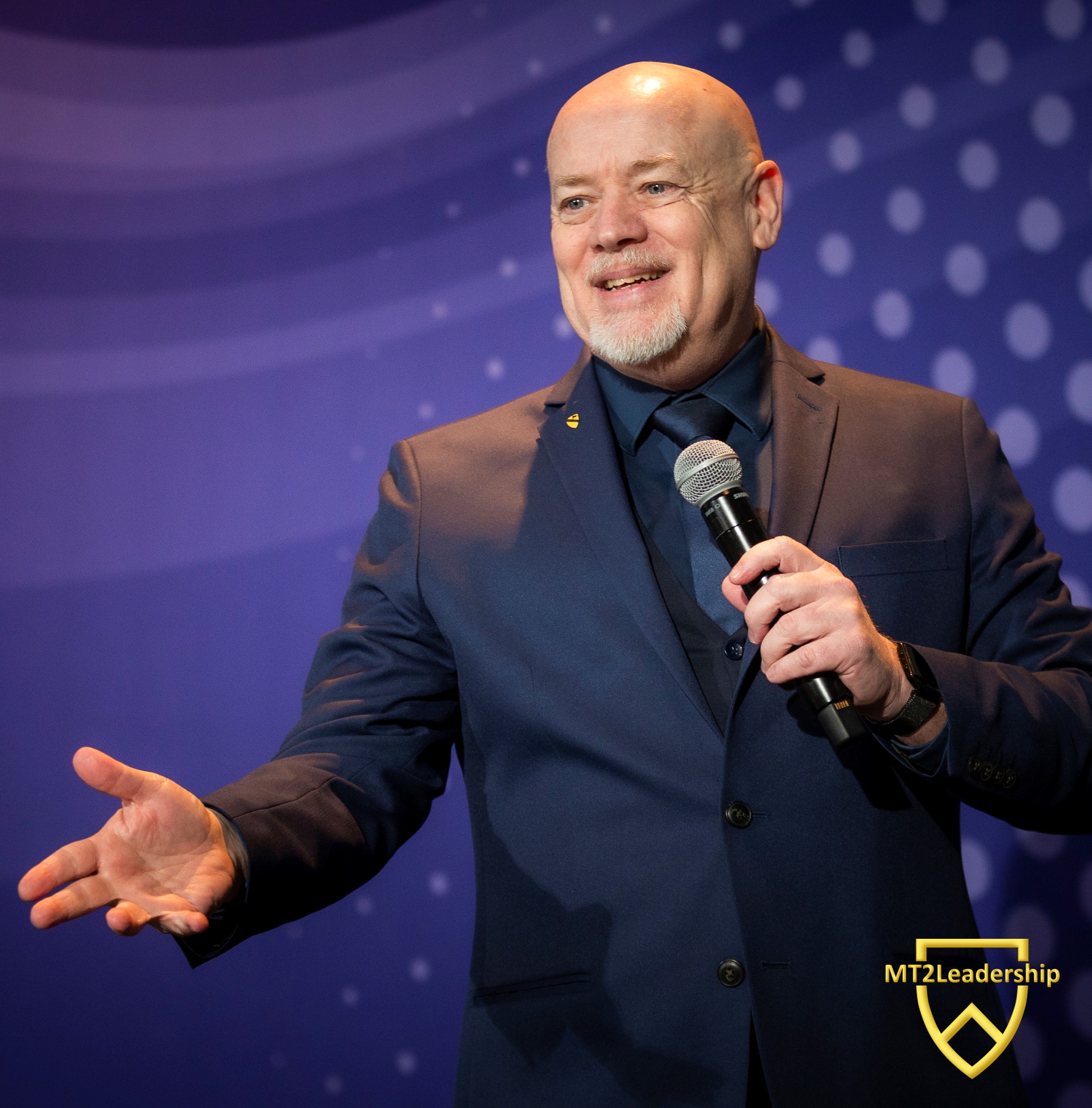 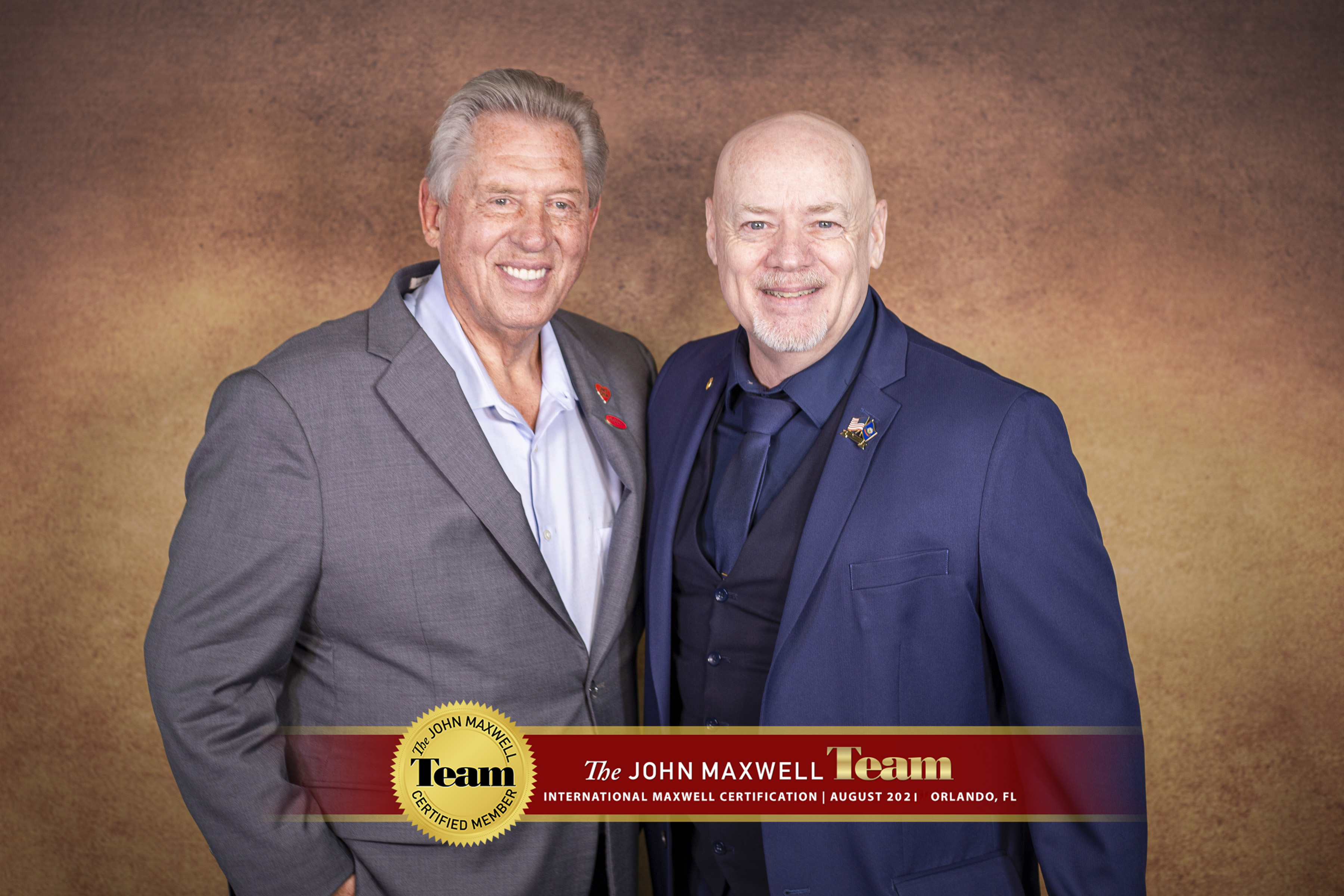 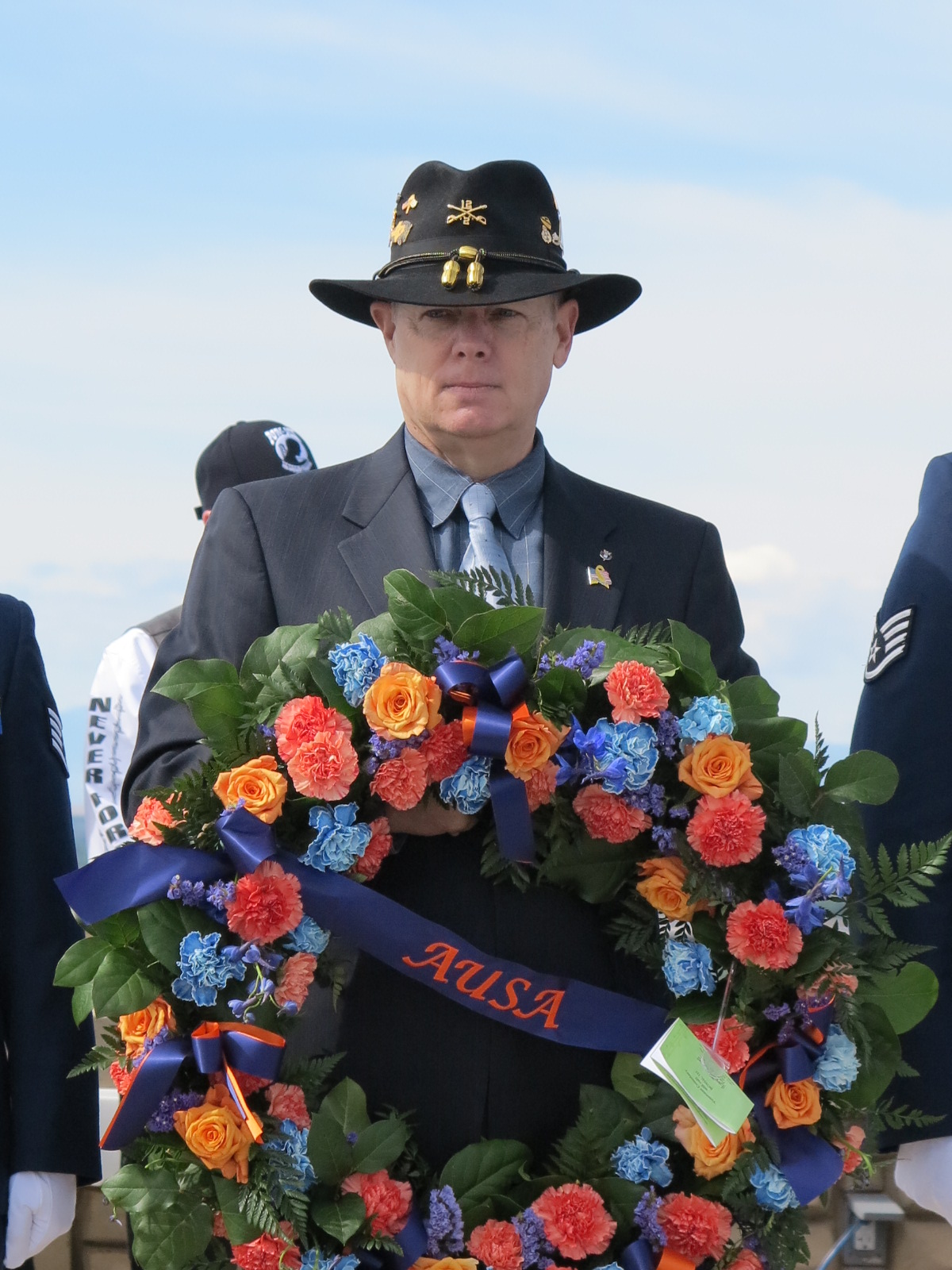 I began my journey into leadership with 20 years as an active-duty Armor Officer in the U.S. Army. I trained on M60A1s, M60A3s, and M1A1/A2 Tanks. Additionally, I attended Airborne school and the Cavalry Officers course. My duty assignments included Germany, Kentucky, Texas, Saudi Arabia, Iraq, and deep in the Mohave Desert in California.

When stationed in Germany in 1982, my leaders selected me as a primary instructor for the Army’s Laser Engagement System and the newly developed coaching process. Thus began my lifelong passion for teaching and using the coaching process as my primary team-building and leadership development tool.

In 1986, while assigned to the Armor School at Fort Knox, KY, my leaders again selected me to work with new technologies and training concepts. I worked with DARPA on the launch of first-generation three-dimensional network gaming (SIMNET). At this time, I wrote the first Mission Training Plan (MTP) for Armor Platoons. Published in 1987, it became the standard for all units in the U.S. Army and is still in use today.

Later, when assigned to the 1st Cavalry Division, I commanded a tank company and then the Division Headquarters company during Desert Storm in 1991. Next, I was assigned to the Operations Group at the National Training Center in the California desert. My call signs were Cobra 3 on the Armor Team and Bronco 2, Deputy Brigade Trainer, on the Brigade Training Team.

My final assignment was as the Brigade Executive Officer for the 116th Cavalry Brigade, Idaho Army National Guard, as an embedded Active Duty Officer. During this time, I reshaped the training philosophy of the Army National Guard and recast the Guard's image and credibility nationwide.

In 1999 I retired as a Lieutenant Colonel and became a leadership coach, trainer, and mentor for the Army National Guard under a civilian contract. Over the next 16 years, I trained over 500 units across 37 States and coached thousands of leaders, many of whom deployed to Afghanistan and Iraq.

In 2015 I left the world of government contracts and started my company, MT2Leadership as an executive leadership coach, trainer, and keynote speaker.

Today, I bring my dirty-boots training philosophy and techniques to business owners and leaders to help create companies and organizations ready to compete on the modern business battlefield. 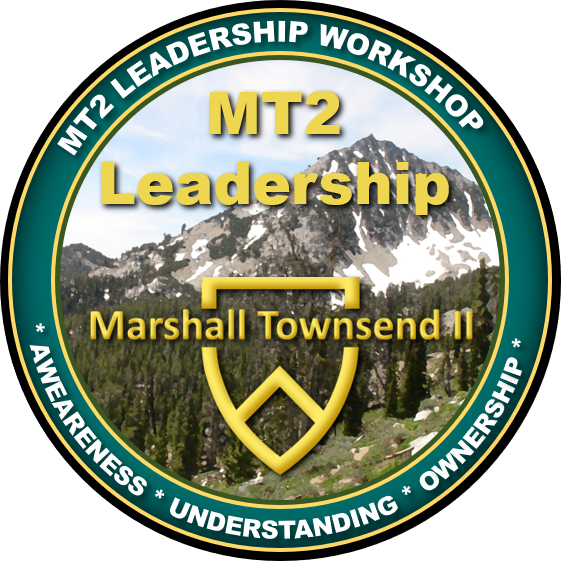